BetMGM refers to itself as “The King of Sportsbooks.”

We’re about to see if it lives up to those expectations.

On Monday, BetMGM Sportsbook NY will become the fifth online sportsbook to take legal online sports bets in New York. The corporation was part of the Super Bid with DraftKings, FanDuel and Bally Bet that secured licenses in the state.

BetMGM has already taken the first wager in space, but before it takes its first bet in the Big Apple, here are five things to know.

BetMGM has arguably one of the best rewards programs.

When you bet, you accumulate points. And as part of the award-winning M life Rewards program, per the corporation’s website, you can get personalized offers, dedicated windows at BetMGM sportsbooks and discounted and comped rooms (based on play).

New Jersey has this rewards program, so it wouldn’t be surprising if New York does as well.

In other states, BetMGM has typically run a risk-free bet up to $1,000. Certainly it would make sense for the NY online sportsbook would attempt to do the same once it goes live Monday.

With this offer, users can place any bet on any event, and if it loses, BetMGM will refund the entire amount up to $1,000 in site credit.

In addition, in other jurisdictions, BetMGM has offered a variety of other promos. That includes a free $20 bet after wagering $50 on any NFL game. It includes a risk-free first TD prop, in which users can place a bet up to $20 on any player to score the first touchdown in any NFL game, and if it loses, BetMGM will refund that wager. Plus, the sportsbook has doled out free $10 bets if users wager at least $50 in a week.

Those are just a few of the promos and bonuses BetMGM has offered in other jurisdictions, which could make their way into New York. But until then, bettors in the Empire State can take advantage of other various promotions featured at any of the other four NY betting apps, such as claiming up to $1,050 via DraftKings Sportsbook NY.

Before even going live, BetMGM has established several affiliate partners in New York.

That includes Madison Square Garden (Knicks, Rangers) and the New York Racing Association. MGM Resorts also runs the Empire City Casino, which is hoping to turn from a video lottery terminal (VLT) into a full-fledged casino by securing one of the state’s three downstate licenses.

BetMGM has an all-star cast of ambassadors as it makes its way into New York.

The apparent frontman is actor Jamie Foxx, who has taken the spotlight for BetMGM advertising. 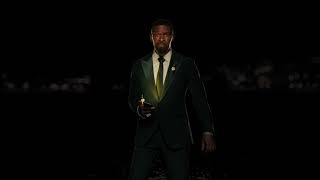 Other notable BetMGM ambassadors include Kevin Garnett, Wayne Gretzky, Chris Johnson, Barry Sanders, Jalen Rose, Austin Dillon, Tyler Reddick and Chris Chelios. Many of the athletes — like Garnett (Nets), Gretzky (Rangers), Johnson (Jets) and Rose (Knicks) — have had NY ties during their respective careers (granted, they largely weren’t in their primes at the time).

New Yorkers will enjoy control and flexibility at BetMGM

BetMGM gives you control and flexibility of bets.

It gives users total control of the markets they want to bet on. Users can add and delete wagers as needed, and even change betting amounts on certain events.

In addition, BetMGM offers an early cash-out option for users who want to capitalize on a winning wager before the event ends.