The New York Daily News recently reported that interests in New York are getting involved in New Jersey politics, trying to push back against a November referendum on casinos outside of Atlantic City.

So far, there are two groups coming out publicly against the referendum, according to the NYDN: a union and a racino.

The New York Hotel and Motel Trades Council is starting “a television and digital ad campaign against the referendum,” which would allow licenses for up to two casinos in the northern part of NJ, if approved by voters.

The AFL-CIO affiliated union is also aligned with a union that is currently striking at the Trump Taj Mahal in Atlantic City. Interests in AC and South Jersey are generally against the referendum.

More from the NYDN:

The union opposes the referendum because the legislation that allowed for it does not include a labor peace provision that would stop casino owners from blocking union organizing efforts. New York’s casino law included such a provision.

“Our union has built a strong standard for gaming workers in the tri-state area, and until we have concrete assurances that those standards will be met, we will oppose any efforts to expand gaming into North Jersey,” said union President Peter Ward.

Also against the ballot measure is Resorts World Casino at Aqueduct Racetrack. NY casinos, understandably, are not excited about the prospect of more regional casino competition, which it already has from AC, Pennsylvania and Connecticut.

The Queens racino, which the closest gaming facility in the state to New Jersey, is behind a website/group called Trenton’s Bad Bet.

Here is one of its commercials: 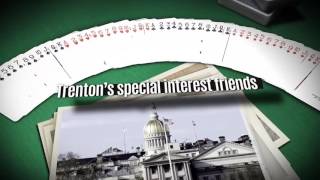 Resorts World Casino would likely be the hardest hit of any of NY’s gaming facilities if NJ approves the gambling expansion.

There is also the possibility that the New York legislature would lift a freeze on allowing a new commercial casino license in the New York City area if NJ enacts the referendum.

New York interests are getting involved in support of the referendum, too.

Jeff Gural, who operates Meadowlands Racetrack, is pushing for the new NJ casinos. Meadowlands, near New York, would be one of the logical places for such a gaming license to be approved.

How will it all play out? Polls have put the referendum at anything from a dead heat to a majority being against the expansion.

But it does appear New York will play a role in which side will win.

Dustin Gouker is the lead analyst and head of content for the Play-branded network of sites that includes PlayNY. He has covered, analyzed and provided his expertise on legal online sports betting, casino, poker and daily fantasy sports since 2015. In addition to offering expert analysis to PlayNY and sister sites, Dustin has also lent his insight to media outlets across the nation while also contributing to Legal Sports Report, where he co-hosts the LSR Podcast. Prior to entering the world of legal gambling, Dustin worked as a sports journalist for over 15 years, contributing to newspapers ranging from Oregon-based publications to The Washington Post. Considered one of the leading analysts for legal sports betting and gambling, Dustin received a degree from The George Washington University. He now resides in Oregon with his wife and daughter.

View all posts by Dustin Gouker