If you’re a political junkie, the next few weeks are nothing to miss out on. A new presidential debate pick’em game offered online for New Yorkers is putting up thousands of dollars in prizes on the political action.

Even if you’re a novice, however, this free-to-play game is definitely worthwhile. Your first opportunity to win a share of the cash starts tonight with the first presidential debate.

Gambling companies in New York can’t take wagers on anything related to elections. FanDuel, which operates a brick-and-mortar sportsbook at Tioga Downs and online daily fantasy sports contests, is hosting a free pick’em game and election pool, however.

Here’s a video explaining some of the things, including elections, that aren’t available to bet on in the regulated US market: 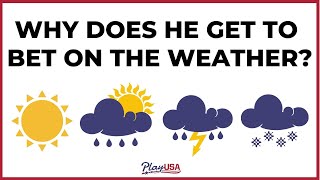 The debate starts at 9 p.m. ET on most major news networks, or you can stream it live on YouTube.

Chris Wallace of FOX News will moderate the debate. The two main candidates for president will be live on-site at Case Western Reserve University in Cleveland, Ohio.

The debate was originally scheduled to take place at Notre Dame, but the university had to withdraw as the host site due to COVID-19 concerns.

You can make your picks now on FanDuel’s app or website. There are 10 yes/no or multiple-choice questions to answer. Each correct answer earns you points. Examples of the questions include:

All four events represent opportunities to win some cash.

Thousands of dollars are on the line

For each of the debate pick’em games, FanDuel will give away $10,000 in prizes. Every person atop the leaderboards for those events will share in that pot equally.

FanDuel will also keep a running tally of points earned across all four events. The people atop that leaderboard will share in a separate $10,000 prize pool.

Finally, FanDuel plans to launch its presidential pool on Oct. 21. That game should follow a similar format but will be tied to the results of the election on Nov. 3.

The company will release more details on prizes for that pool closer to its launch.

Derek Helling is a lead writer for PlayUSA and the manager of BetHer. He is a 2013 graduate of the University of Iowa and covers the intersections of sports with business and the law.