Bringing the Cup home is the goal for all of the NHL’s 32 teams. Naturally, some have a much better shot than others each season. We’ll cover some of the favorites to keep an eye on this season and much more in our complete guide to Stanley Cup odds.

Here are the best and easiest ways to bet on the NHL playoffs and the Stanley Cup Final in New York.

Below find current futures odds for the next Stanley Cup winner. Click on any odds to go directly to the sportsbook, claim your bonus and get your bets in. Check our NHL odds feed for real-time Stanley Cup game odds.

How do the NHL playoffs work?

The NHL postseason returns to its normal format this season: 16 teams qualify, eight each from the Eastern and Western Conference.

The top three teams in each of the six divisions receive a berth, along with the two wild card teams with the next best records in each conference.

The playoffs are set up in a bracket-style format with the top seed meeting the lowest seed and so on. Each series is contested in a best-of-seven format with the first team to win four games advancing to the next round.

The final two teams in the two conferences square off in the conference finals to determine who will play for the Stanley Cup, which is also a best-of-seven series.

The NHL playoffs are a fun and exciting time for all. It also means there’s great excitement around NY sports betting on the postseason affairs. There’s plenty of ways to get involved if you want something extra to root for come playoff time.

You can find out more about these types of bets and others at our NHL betting page.

Here are three teams many expect to compete for the Stanley Cup come June.

While the top teams in the league will always draw the most attention, here are two under the radar teams with enticing Stanley Cup odds that can make some noise:

How to bet on NHL playoffs in NY

Sports betting is now widely available and legal in New York. Stanley Cup betting via your favorite NY sportsbook app is a great convenience, as you can bet on the NHL playoffs from wherever you are within the state. You can manage your account, research the lines, and get your bets in right from your device of choice. To register a new account with a sportsbook, you must first decide which sportsbook you’d like to use. On this page, you’ll see odds and promotions that you can use to help make your decision. Once you’ve found a sportsbook that interests you, click any of the links on this page.

Once you’ve done that, you need to register an account. Enter your email address and select a secure password. Don’t forget to input any necessary information such as your birthday.

Once you’ve registered an account, head over to the app store and download the app for the sportsbook you signed up with. These apps make it easy to bet wherever you are in the state.

Once you’ve signed up and downloaded the app, make sure to claim any free bets or bonuses that you are eligible for. Free money or better odds is awesome!

If you need to deposit money into your account, use any of the available deposit methods to fund your account. Once you’ve done that, you’re ready to place your bets!

What is the lowest seed to ever win the Stanley Cup?

The Los Angeles Kings won the Stanley Cup as an No. 8 in 2012. They barely qualified and were the last team in the Western Conference playoff field.

Los Angeles then proceeded to eliminate the Western Conference Champion and Presidents’ Trophy-winning Vancouver Canucks in five games in the first round. The Kings then swept the two seed, St. Louis in the Conference semi-final.

How to stream/watch the Stanley Cup playoffs

The first round of the Stanley Cup Playoffs is broadcast on both national TV and regional networks. If the Devils, Rangers, or Islanders make the playoffs, you can watch their games on MSG Networks. You can also stream the games on the MSG Go app if you login with your cable provider credentials.

After the first round of the playoffs, the remaining rounds are broadcast nationally on the NBC family of networks. Games are broadcast on NBC, NBC Sports Network, and USA Network. You can stream those games through the NBC Sports App and Peacock App.

Here are the results of the Stanley Cup Final over the past 10 seasons: 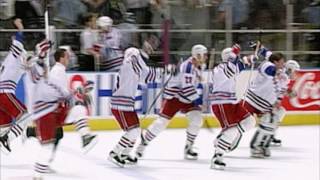 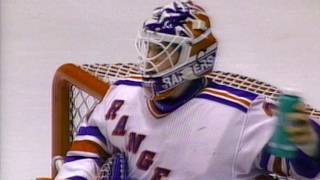 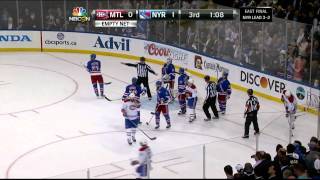