During the NFL season, each game on the docket will attract betting action and viewing interest. Things go to even more of an extreme when the marquee affairs roll around, and many of them are reserved for Sunday Night Football. In general, it’s the top broadcasting spot for the NFL week, and the schedule makers do a solid job of filling it with compelling matchups.

Sunday Night Football is typically the highest-rated program on all of TV. The eyes of the NFL world are watching, as are scores of fans and bettors. After an action-packed Sunday slate of games, it serves as the perfect closing act as the weekend comes to a close. Now that there are plenty of legal and safe betting options to explore for SNF, it’s that much better.

Our complete guide to Sunday Night Football betting will cover everything you need to know. We’ll walk through the schedule and the impacts on the local teams, as well as some tips and trends you can use for betting on one of the biggest highlights of the NFL week. Let’s begin with a look at where you can find the best odds for this primetime affair.

Each game on the NFL docket brings in tons of betting volume. You’ll see a lot of movement on the odds board as a result. You can find the latest numbers from the top sportsbooks right here via our live odds feed. These are the real-time numbers from the best sportsbooks in the industry, so bookmark and check back often for the latest lines on SNF.

How to bet on Sunday Night Football in NY

Legal sports betting is available in New York, and there are also a slew of online and mobile betting options to explore in New Jersey and Pennsylvania. You don’t have to live in one of the states to use those platforms, so NY residents can easily take part. To begin, here’s what you’ll need to do:

In order to actually place bets, you have to be within the borders of a legal state. Geolocation tracking verifies your location, so you won’t be able to bet if you aren’t there. You can manage your account without issue back in NY as you enjoy all of the Sunday Night Football action this season.

The NFL typically releases its schedule in April or May. From the end of the Super Bowl up to that point, schedule makers have the task of getting it all together in a format that makes sense. Currently, each of the 32 teams now plays 17 games over 18 weeks for a total of 289 games.

We’ll see what develops on that front moving forward. The Sunday Night Football portion of the schedule is reserved for the most enticing games on the docket. To make sure that’s the case throughout the year, the league leaves itself some flexibility later in the season as the need arises. Here’s how the SNF schedule looks for the 2021 season, keeping in mind that games in Weeks 5-17 are subject to change based on flexible scheduling.

With the official release of the NFL schedule, Big Blue will be sitting out on SNF in 2021. The team hasn’t made it to the postseason since 2016, but flashes were visible in Joe Judge’s first year at the helm in 2020. Looking back, here’s how the New York Giants have fared in their last three appearances on Sunday Night Football.

It has been a tough decade for fans of the New York Jets. The team hasn’t made it to the playoffs since 2010. As a result, the bright lights of SNF have been foreign territory in recent times. The Jets haven’t played in this spot since 2011. Here’s a look back at the last three Sunday Night tilts for the Jets.

As one of the top teams in the NFL last season — and one with a bright future to boot — the Buffalo Bills will be part of the Sunday docket in 2021 with a Week 5 game against the Kansas City Chiefs, and will also play Thanksgiving Night vs. the New Orleans Saints. The club has built itself into a serious contender with franchise signal caller Josh Allen leading the way. Here’s a peek at the last three times that Buffalo took the field for SNF.

All of the standard betting options are available for one of the biggest games of the week. You can choose the outright winner, factor in the spread, focus on totals or try props for even more ways to wager. Here’s a quick refresher on how the main Sunday Night Football bet types work.

While those four types of wagers give you plenty to consider for Sunday Night Football, you don’t have to stop there. Once the game gets underway, you can wager along in real time as the action plays out.

On the busy Sunday afternoon NFL slates, there’s so much going on that it can be tough to keep up. Things slow down for the standalone primetime games, but the betting action doesn’t. These are some of the most heavily bet games of the week, and it doesn’t stop at kickoff. Live betting has really taken off lately, and it offers bettors options like the following:

Sportsbook apps are the way to go for live betting. When the game gets underway, have the app at the ready on your device. From there, you’ll find a dedicated section for all of the live betting choices. Keep your eyes on that as the game plays out on the screen, and jump in when you come across a wager that you like.

Regardless of what time an NFL game is set to take place, you can rely on handicapping principles while analyzing the matchup. You’ll want to look for strengths and weaknesses on both sides and try to pinpoint any matchup advantages, for example. For Sunday Night Football and other night games, the following factors also deserve careful scrutiny.

It can be helpful to think of an NFL game as a puzzle. One single piece isn’t going to lead you to the answer, so there’s no one single factor that will move the needle all the way one way or the other. However, the combined sum of pieces can get you that much closer to completing it. The more pieces you have in order, the more clear your decisions will become.

Sunday Night Football gets underway each week at 8:15 p.m. ET. NBC is the broadcast home of the contest and provides pregame coverage, as well, with “Football Night in America.” Al Michaels and Cris Collinsworth handle the call of the game, while Mike Tirico takes care of hosting duties back in the studio.

How can you watch or stream SNF in New York?

All Sunday Night Football games are carried on broadcast giant NBC. The channel is part of cable, streaming and satellite packages across the area, and the feed is even available with a digital antenna in many spots. Viewers can also visit NBCSports on the web or via mobile to pick up the feed, but you may need to sign in.

Verizon customers can also stream select local and primetime games via the NFL app free of charge. The Yahoo Sports app does the same, but we encourage you to check availability prior to kickoff. Last but not least, those looking for the audio feed can check out TuneIn radio or the Westwood One syndicated feed on area stations.

Regular primetime Sunday night NFL games were introduced in 1987. ESPN handled the initial incarnation, with TNT joining in a few years later. The game was available only on cable for nearly 20 years as ESPN held the rights from 1987 to 2005, with TNT on board from 1990-97. In 2006, NBC took over broadcasting duties.

The game has since evolved into the marquee regular season game each week. Ratings are always high, and schedule makers do their best to make sure that top matchups fall into this slot. As the season moves along, the NFL and NBC can also arrange to swap out unattractive matchups for more interesting ones.

The 3 most iconic SNF games of all time

We can consider that to be the modern era of SNF, and we have been treated to a host of stellar contests since that point. The league aims to load this prime piece of real estate with quality games, and it’s done a solid overall job to make it happen. The list of great SNF games is a lengthy one, but here are three that really stand out.

The Week 6 matchup was a meeting of two AFC powerhouses, and they didn’t disappoint. Patrick Mahomes and Tom Brady put on an air show with nearly 700 combined passing yards. In the end, the Patriots outdueled the Chiefs to win a 43-40 thriller that featured a ridiculous amount of scoring toward the end of the contest. 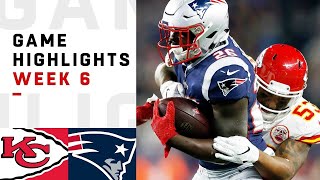 The rivalry between the Cowboys and Giants has seen better days, but this matchup was once a regular part of the yearly primetime docket. In 2014, the clubs combined for an exciting 31-28 thriller won by Dallas in the final minute. The legacy of the game belongs to a miraculous catch by Odell Beckham Jr. that has to be seen to be believed. 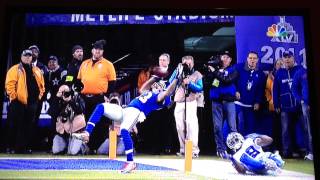 One of the best rivalries in the NFL took center stage in Week 13 for a primetime tilt with high stakes. The AFC North rivals were battling for division supremacy down the stretch yet again. The Ravens held a 10-7 lead in the latter stages of the game, but a forced-fumble sack by Troy Polamalu led to a game-winning TD drive for Pittsburgh. 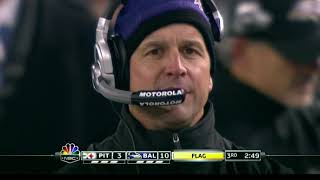